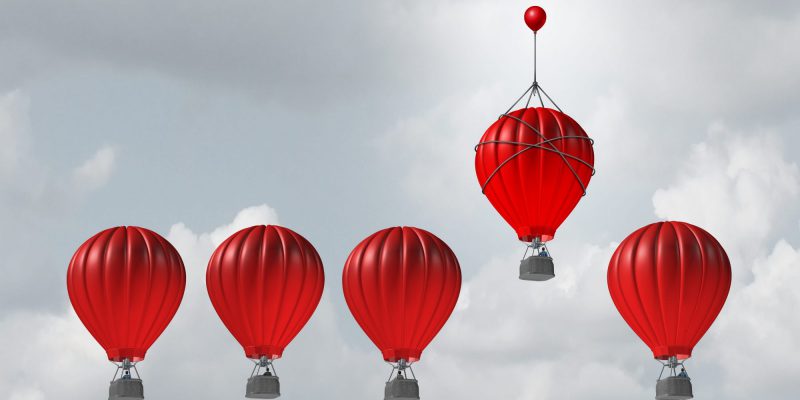 This half-century old pitch for Utica Club – still brewed by F.X. Matt Brewing of Utica, NY – was so clever it earned a spot in the ad slogan hall of fame (yes, there is such a thing).

Though it has great appeal to consumers, the slogan doesn’t quite work as a business model. As competition stiffens and the overall beer market remains in slow decline, breweries cannot simply expect to sell what they brew. What’s more, operating at capacity does not always lead to bottom line success.

To improve profits in today’s beer industry breweries must find new ways to control costs, boost revenue and tap previously hidden catalysts for growth. However, that’s easier said than done. It takes time and effort to develop a playbook that works.

It’s never too early…or too late

Whether new or well established, breweries can always take steps to support consistent and sustainable growth. It begins with measuring what’s most important and using that data to adjust current plans or implement new ideas.

For example, it is important for breweries to have a detailed view of the cost of goods sold (COGS). With an accurate picture of the COGS, brewers can compare actual costs against what has been budgeted. Through that analysis they may identify opportunities for improvement on a variety of fronts, including supply chain practices, labor costs and product losses.

Another challenge faced by many craft brewers is the explosive growth in the number of products offered (sometimes referred to as “SKU-mageddon”). Breweries that have a good handle on profit margins by SKU, inventory levels and other product-specific metrics can then make better-informed decisions when it comes to, among other things, the brewing schedule and warehouse space allocation. These steps can help to reduce both the cost and complexity of managing a brewery.

As Joel Hueston, who serves as director of commercial strategy for First Key, underscores, controlling costs will mean little to a brewery if it’s not serving good beer and building a strong brand. “Everything flows from your brand. How you look. How you feel. How you behave,” says Hueston.

The taproom has grown to become a valuable source of revenue, Hueston notes. The Brewers Association (BA) estimates that 86 percent of beer sold by breweries that produce 1,000 barrels or less a year is sold on site at the brewery. Based on a recent survey commissioned by the BA, three top reasons consumers visit taprooms are to taste fresh beer, try different beer styles (e.g. flights) and to learn more about beer. That makes all aspects of the taproom critical.

“The ambiance and décor of your taproom should reflect your unique brewery brand. The taproom should also have areas that encourage interaction in different ways. Do people want to linger or have one beer and go?” asks Hueston. That can make a huge difference in revenue potential.

In many ways a taproom requires the same attention as the brewhouse, says Hueston. “Is your taproom staff well trained and educated about your beer styles? Brewery managers should also know their taproom costs and understand the key metrics.”

In a related point, Hueston says the customer experience – which includes every way the consumer interacts with a brewery – can drive sales growth or scare away customers. “Great customer service is critical – and not necessarily difficult or costly, by the way – but it goes well beyond that,” he says. “It also includes your distribution partners. Are they well trained and prepared to represent your brand at retail?”

Of course, a brewery’s stated purpose is to produce great beer consistently. There are many steps that can be taken to achieve that goal in the most efficient and effective way, says Hugo Patiño, First Key’s director of technical services.

One suggestion he provides: choose simplicity over complexity. Where practical, streamlined recipes are less prone to error and help with ingredient inventory and costs. Another best practice is to introduce the right key performance indicators (KPIs) to help deliver a consistently good product and maintain a continuous improvement mindset.

For example, Patiño worked with one brewery that added sensory testing six weeks after the bottling date. Why? Because the brewery had built a larger production facility and expanded its distribution network. As a result, most consumers would not crack open a bottle until well after it left the brewery. How the product tastes after six weeks is now just as, if not more, relevant than the sensory checks on the beer right before or after packaging.

Measuring and closely tracking process yields by brand can also be an eye-opener. Losses for heavily dry-hopped beers can be significantly greater than for an average batch, but quantifying this and doing something about it can make a big difference. One option a craft brewer investigated was that of centrifuging the beer. One can recover about 50 percent to 80 percent of the beer volume involved with the spent yeast and spent hops, for instance. Likewise, one can transfer the beer days sooner and free up fermenter capacity. It can significantly increase filtration capacity or even eliminate the need to filter some of the beers in the brewer’s portfolio. Therefore, thoroughly assessing the ROI of this type of project can reveal a good opportunity to save costs and increase capacity.

“It requires a substantial commitment of time and resources to implement a sustainable program for ongoing improvement in all areas of a brewery, while keeping up with running day-to-day operations,” says Dr. Heather Pilkington, First Key’s executive director. “From what we’ve seen, though, those breweries that commit to truly embedding a culture of continuous improvement within their teams perform better than their competitors over time.”